Ballet shoot in the sun

Yesterday I did a shoot with ballet dancer Sarah.
The idea was to combine the movement and flexibilty of ballet with the still standing metal statues around her. Weather was really on our side with nearly 29 degrees which was better than most of the summer here in London.
First we shot her just doing her moves and then we took a long red silk fabric to play with. The red was a strong contrast to the blue sky and worked well.
I used only one single flash to soften the shaddows a bit as the sun was quite bright, however I loved the shaddows on here as well as on the floor.
After we done a number of shots with the statues we moved to some stairs. Here I wanted a very plain backdrop that made her stand out. Again the blue sky and red silk worked well.

For postproduction I used Lightroom, so the images are edited but not retouched. Main thing was colour editing as well as exposure, curves and contrast. On the black and white shots I wanted to have a real dark sky giving nearly an infra red effect which I love. 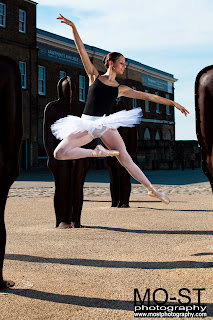 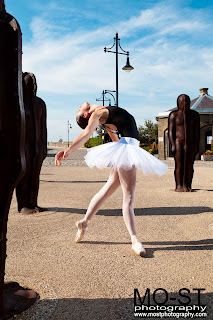 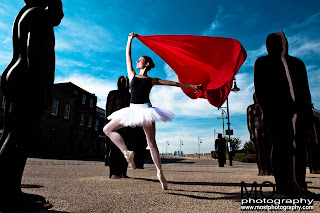 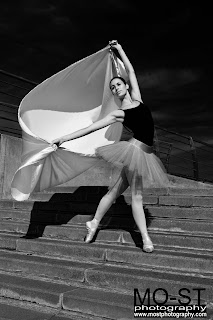 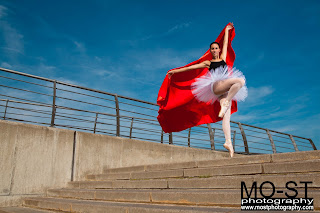 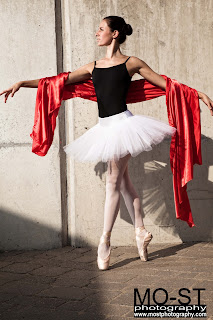 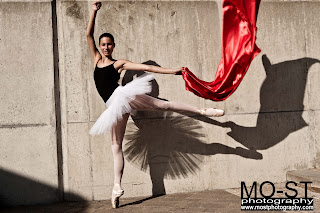 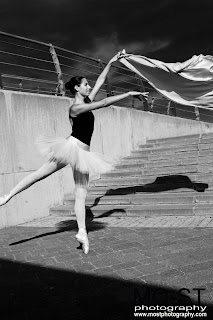