hope you are well.
Had a number of shoots over the last 2 weeks so a few more blogs to come to show some of my latest work, but for today, I will talk about my last shoot, an art nude shoot with model Elle Black.
She has access to an old school where we did the shoot. After a tour around the building I already had some ideas in mind for different rooms, though to be honest there was so much more to do but time just wasn't enough.
First we started with a shoot with an old Victorian dress from 1901 outside the school building, luckily enough, weather was good so though we make use of it. I had one octa softbox on my flash which I used whenever the clouds covered the sun (so basicly every 2 min switiching flash on and off, change settings on camera and back 2 min later). 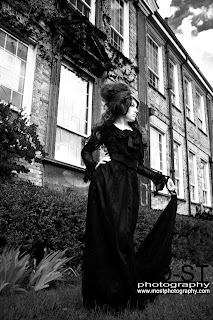 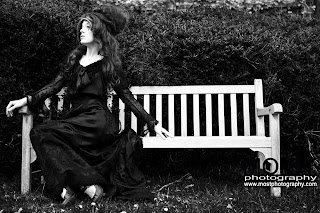 After the Victorian dress we went into one of the classrooms with large windows. Already on the tour I just thought of the image, standing in the window with the silhouette of her against the light. I was shooting on 1/200 with F2.8 and ISO 100 most the time against the window though changed shutter up and down depending on how much light I wanted on her. Had a reflector up however as the sun at that point was behind clouds the effect was non visible. 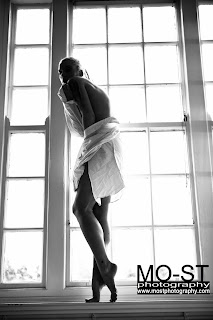 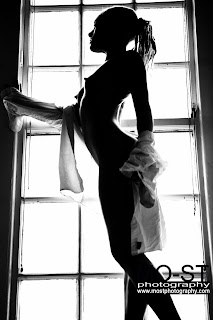 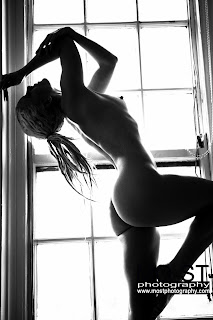 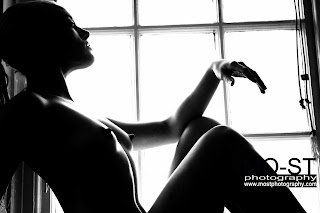 Next we went into the old indoor basketball court which was still set up for the last exam that took place at the school (there is a plain shot on my facebook wall here). The court with all those empty tables and chairs and the echo reminded of a Horror movie and thats what I wanted to show in my pictures. Had a few shots that showed the entire room though my favourite shots where real dark images lit with one softbox from the side giving just enough light to see her as well as a bit of the tables around her. Again shot on F2.8 with a fast shutter speed to get the darkness into the room yet to get the focus just on her. 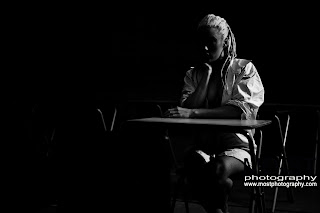 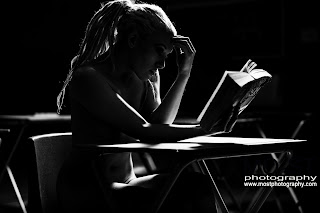 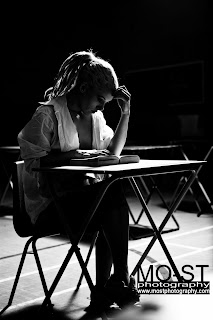 Last room we used was the old theater with huge windows on the top creating a great shadow when the sun was out which I managed to capture towards the end.
Before that, I shot from the balcony down capturing her lying down on the wooden floor. To get some light I used again the octa softbox high up shooting down. 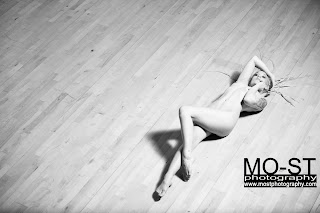 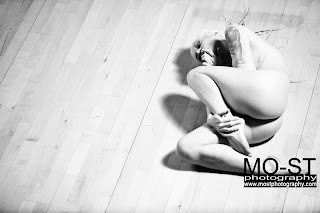 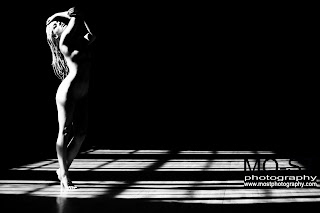 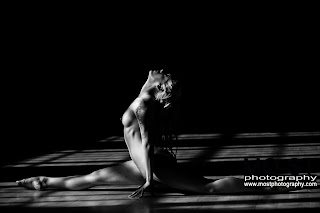 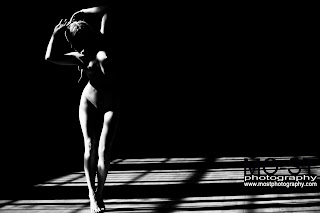 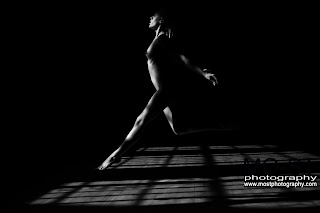 Leave a comment below, would love to hear your feedback.
For further information and enquiries please email me or check out my webpage. And feel free to like my facebook page, be up to date with shoots, see behind the scenes shots and be the first to get heads up when a new blog is up.

Once again, huge THANK YOU to Elle for the shoot, great model and great location.

Moritz
Posted by mostphotography at 04:06